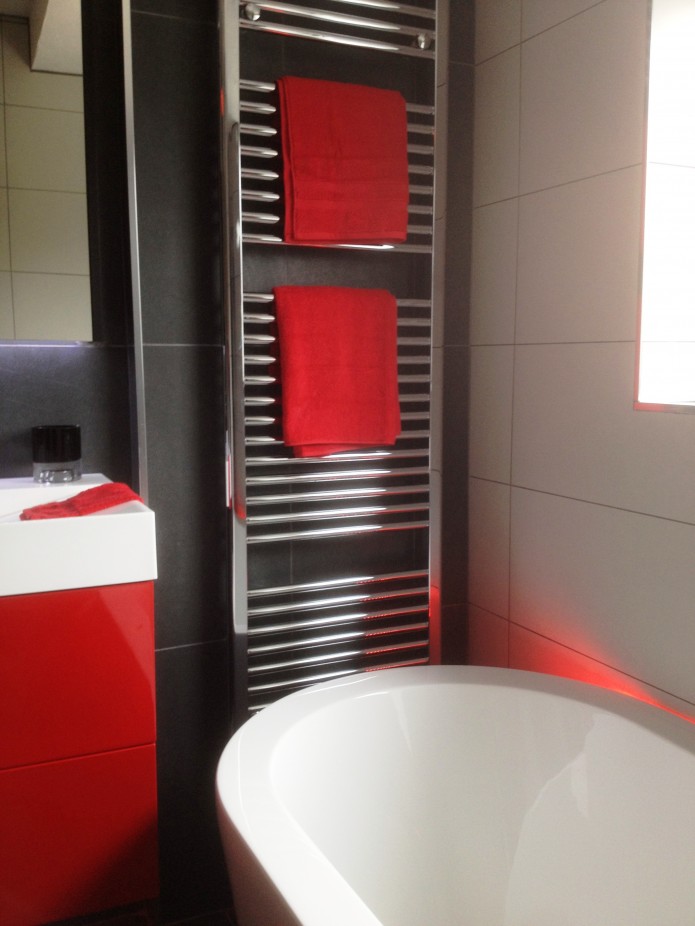 We’ve all been there: the bathroom desperately needs a redo, but you just can’t face the prospect of signing it away for a week and letting the plumbers wreak havoc. So what happens? It gets put on hold. We’ll sort it next spring. It can wait until the new year. Yet many people are now reaping the benefits of quick, easy solutions, that can in many cases be done as DIY projects, and completed in just a couple of days.

I can see for tiles and tiles

Tiling is a guaranteed remodelling technique. Those guarantees include: hours spent fixing tiles to the wall; grout becoming a future home for dirt and mould; one cracked piece ruining an otherwise pristine wall. Plenty of companies now offer large panels which essentially replace the job of tiles, for a fraction of the installation time. The installation method is pretty much the same, but instead of making up an entire wall with numerous small parts, the entire height of the wall is covered in one go. Here’s a tip: be sure to ask for a sample from your provider, and then give it a solid whack. Much as with the aforementioned cracked tile, there’s nothing worse than slipping in the shower and having your elbow go straight through a cheap, fragile panel. Make sure you know you’re buying quality; check for companies with a reputation for after sales care.

It’s all about the little things

As tempting as it might seem to tear out an entire suite and start from scratch, consider that it might be the smallest items that make the biggest difference. What will guests see more of when they step into your bathroom: the shower unit that’s past its best, or the curtain and/or screen that covers it? Instead of replacing your old windows, perhaps a different set of blinds, or new lights, might give you the effect you’re looking for? You might resent your nasty old toilet, but perhaps those marks are rust residue caused by the ageing screws of your toilet seat? Try small changes first before committing to any larger project ideas.

A traditional hotspot for damp and mould to meet and greet, your ceiling can be reclaimed and made mould-proof, and in an easier fashion than you might think. The “usual” method – dry it out, scrub it away, and repaint – is basically resetting to zero and allowing the problem to begin all over again. Tongue-and-groove PVC ceiling planks are your solution here: PVC is essentially damp-proof, so while you’d still dry out and scrub away any existing problematic areas, you would then seal away the newly dry and mould-free ceiling with a mould-resistant covering. Sounds like a tough job? So long as the existing ceiling is substantial enough to be screwed into, then this is extremely straightforward. Fix one panel at a time, with the screws going into the groove sections. When you come to slot the next panel into place, the tongue will cover up the screws. Plus, if your ceiling is the victim of a trend or fad from yesteryear (artex, we’re looking at you) you can fix battens first and then simply screw into those. Job done!